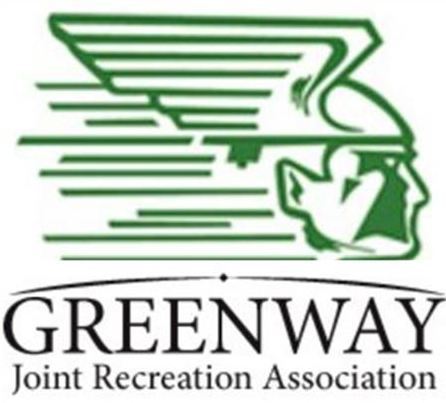 We are Greenway Joint Recreation Association:

The association board meets every third Monday, 7 pm, at Hodgins-Berardo Arena.

We are the “Home of the Raiders”﻿ and rent the arena to ISD #316 for high school sports programs.

We advise and support organizations committed to youth sports, such as ~

We own and manage Greenway Sports Complex in Bovey﻿; it includes the CW3 Phil Windorski Field, and the Jen Guyer Field.

﻿We own and manage Hodgins-Berardo Arena.

We provide a fitness center at the arena for public usage by those ages 14 and up.

We employ a full-time director and an assistant, and have an office at the arena open weekdays from 8 am to 4:30 pm.

We prioritize what is best for the kids.

Don Hanson, from Taconite, is in the former position of Director William 'Cotton' Guyer, who died April 25, 2022. 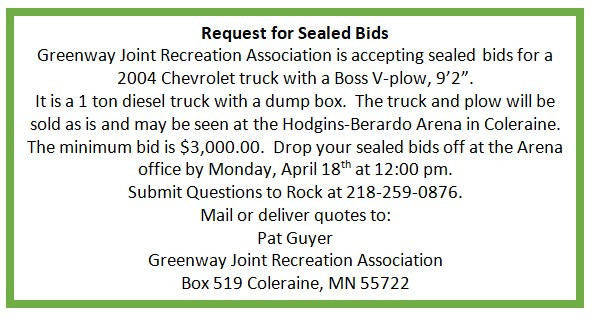 Greenway Sports Complex:   Ideally, this will be the year to acquire a sound system; initiative in process.

Business: No business was conducted as there was not a quorum; bad weather the cause.

The 2021 annual financial review, as mandated in the joint powers agreement, will be conducted by Glorvigen, Tierney, Lind & Co, PLLP  in April.

Figure Skating, Ice Hockey, and Basketball programs are all progressing smoothly. The exceptions were the cancellation of two Peewee tournaments because there were not enough teams to compete.

Who is Pat Guyer?

Read Pat's interview by the Grand Rapids Herald~Review when he was inducted into the Minnesota Hockey Coaches Association Hall of Fame.

Pat lives in Trout Lake Township and has worked for Greenway Joint Recreation Association since 1990.